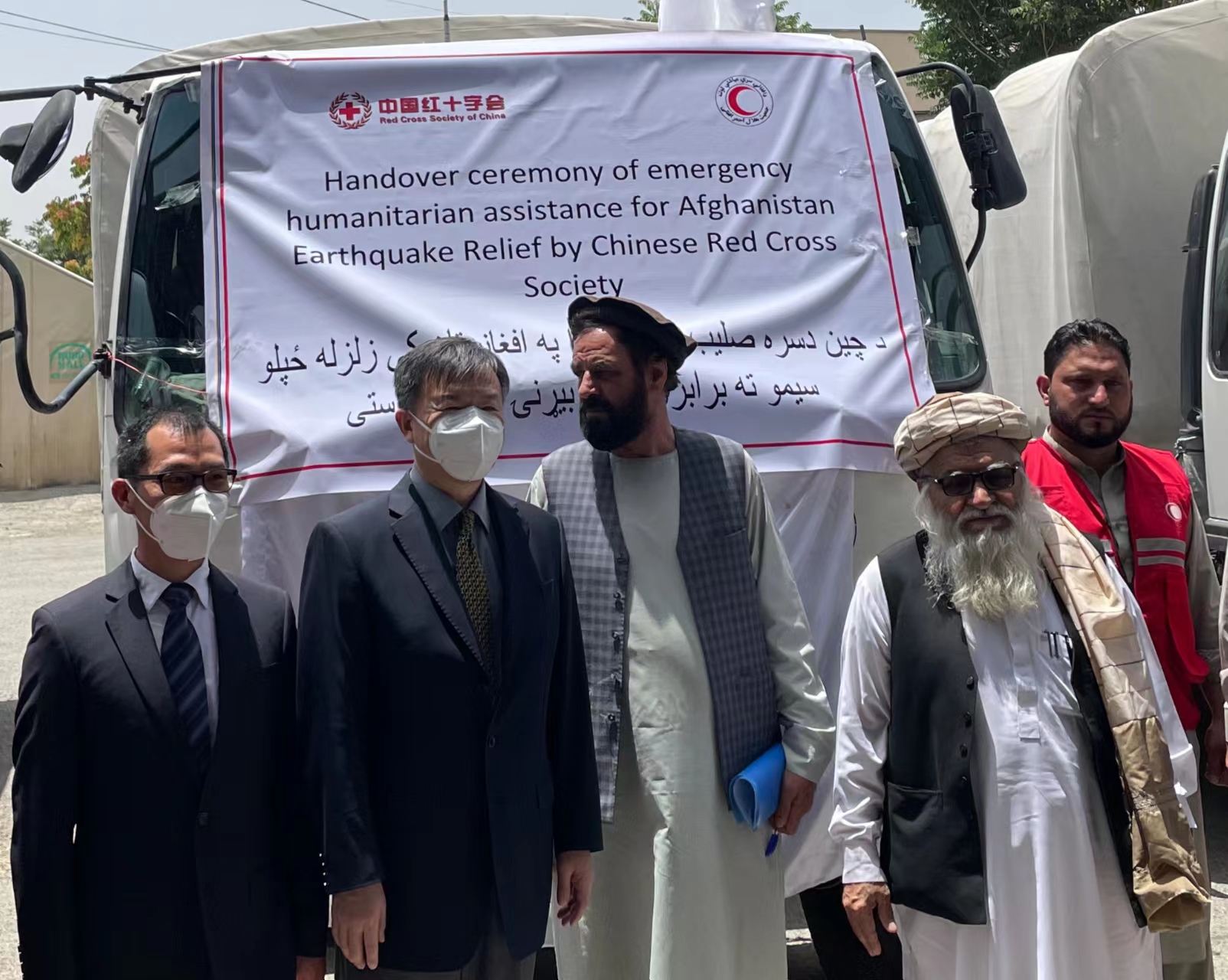 The Afghanistan National Disaster Management Authority (ANDMA) held a joint press conference Tuesday with the Chinese ambassador Wang Yu in Kabul regarding China’s recent assistance to earthquake victims in the southeast of the country.

During the joint meeting, Wang Yu said that at least 320,000 tons of food packages in aid have been provided to the victims of the recent earthquake in Khost and Paktika provinces so far.

Wang Yu also stated that the United States is helping Ukraine worth millions of dollars, but has frozen Afghanistan’s foreign exchange reserves.

He also added that China would help Afghanistan with 200 tons of food packages in the near future.

Two days ago, China donated about $200,000 to the Afghan Red Crescent Society (ARCS) to meet the needs of quake victims in the country.