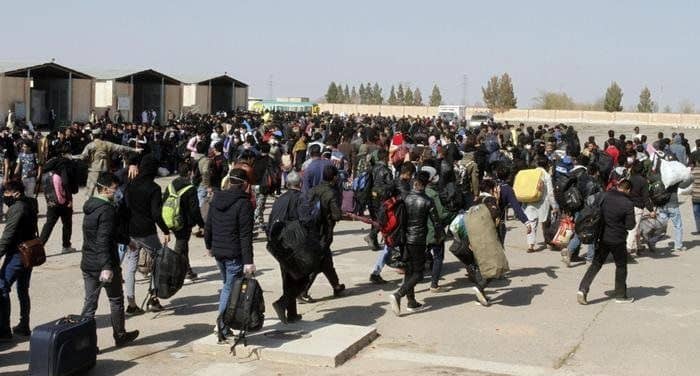 Iran has deported nearly 5,000 Afghan immigrants during the past week, local sources in Nimruz province reported.

Sources told Hasht-e Subh Sunday that the number of these immigrants reaches 4785 people, including 179 families and 4144 individuals.

After the border tensions between the Taliban group and the Iranian border guards, there have been many reports of increased deportations of migrants and cases of torture and beatings.

In addition, the Silk Bridge crossing between Afghanistan and Iran was also blocked due to the tension escalations.