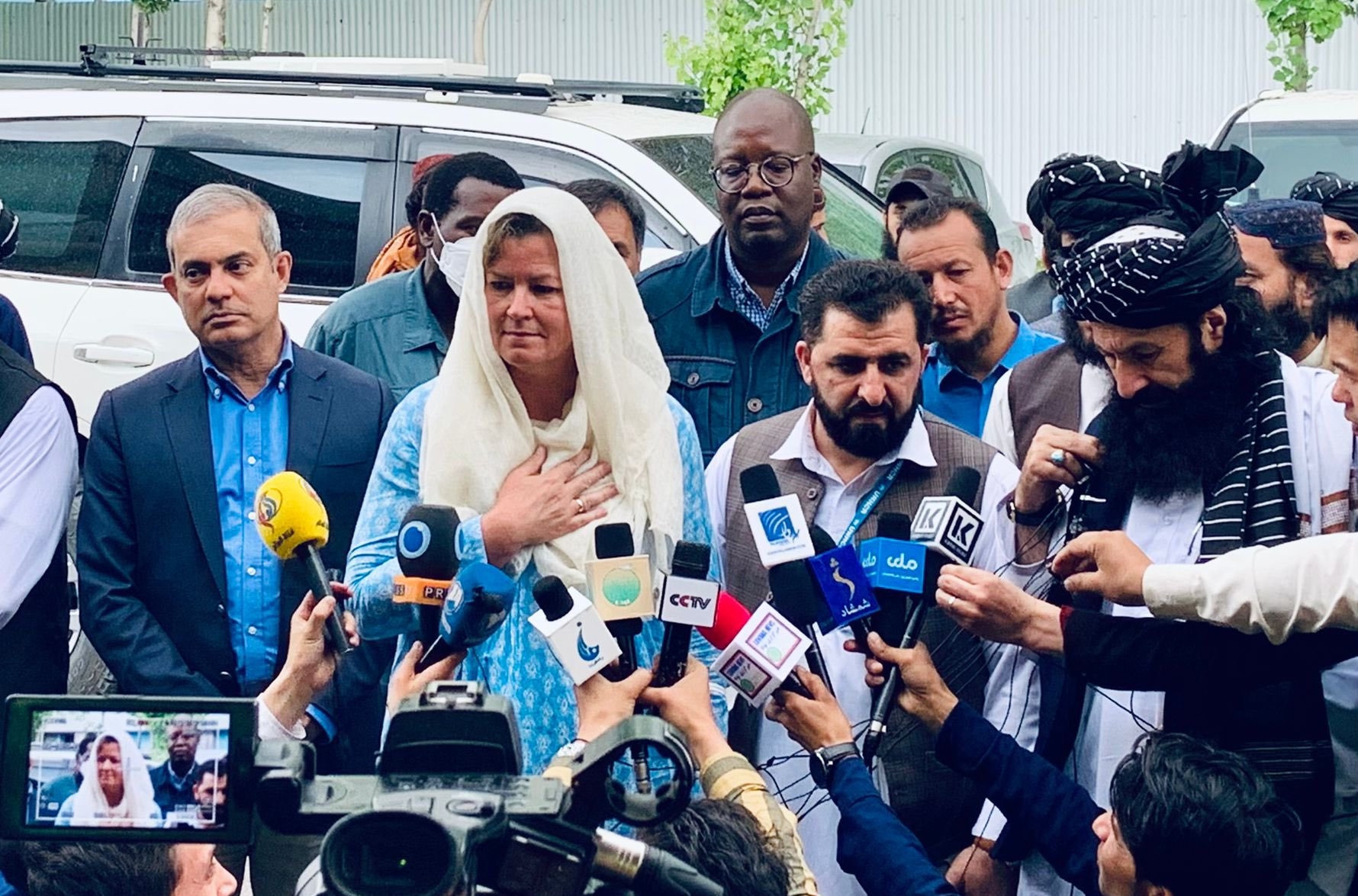 Addressing Herat women at the Women’s Trade Center in Herat province, the UN Deputy High Commissioner for Refugees, Kelly T Clements, said on Tuesday in a tweet that millions of children are deprived of education, specifically girls in Afghanistan, adding that despite decades of war in this country, women are still strong and stable.

“Millions of children in Afghanistan have dropped out of school, a large percentage of whom are girls,” she said.

Two days ago, the UN High Commissioner for Refugees (UNHCR), leading a team arrived in Afghanistan to closely monitor the situation of women, refugees, and the human rights situation in Afghanistan.

Since the Taliban seized power, the group has proved to be against any value that the international community had invested in the promotion of that for the last two decades.

Taliban have closed the education doors to girls, imposed certain restrictions on media and freedom of speech, and women are not allowed to practice their basic rights of access to education, health, and public service. They have pushed back the women in cages.

The group has constantly violated human rights and despite announcing general amnesty in the very first days of their entrance to Kabul, no one has been safe.

No practical action to make the Taliban accountable has been made so far by the international community. The reactions to every single decision of the Taliban have been limited to condemnation and statements on the media.