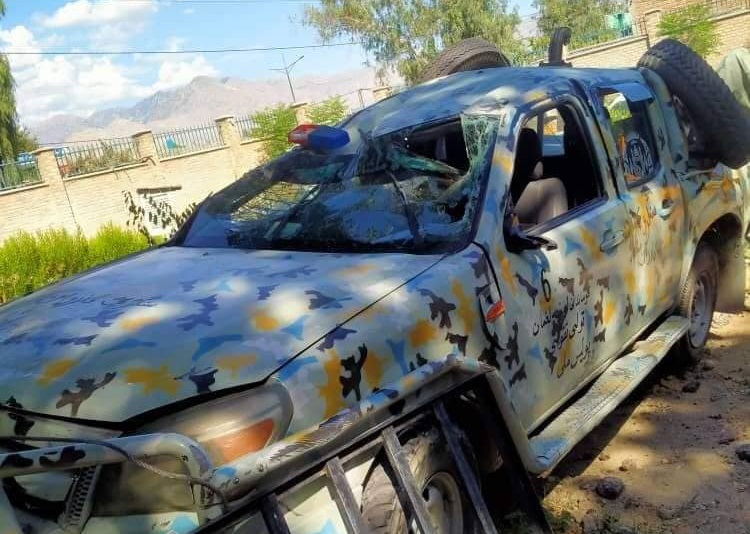 Local sources in Laghman province have reported that as a result of a Taliban Ranger overturning in this province, 10 Taliban fighters are injured.

The ranger has been overturned due to the recklessness of a Taliban commander named Chenar Gul.

According to sources, this commander overturned the Ranger in Sorkhan area of Qarghai district of Laghman province, injuring himself with ten others.

Sources have further added that Taliban commanders and fighters use the public and leftover equipment of the former security forces as their private assets. They use them for transporting animals and traveling around on picnics and family matters.

It was recently reported that a Taliban commander had flown his newlywed wife to his home province, using the army helicopter which did spark reactions of the people inside and outside the country.

Since the takeover of the country, several similar cases are reported that the Taliban have been using the leftover equipment of the former government security forces as their private vehicles.