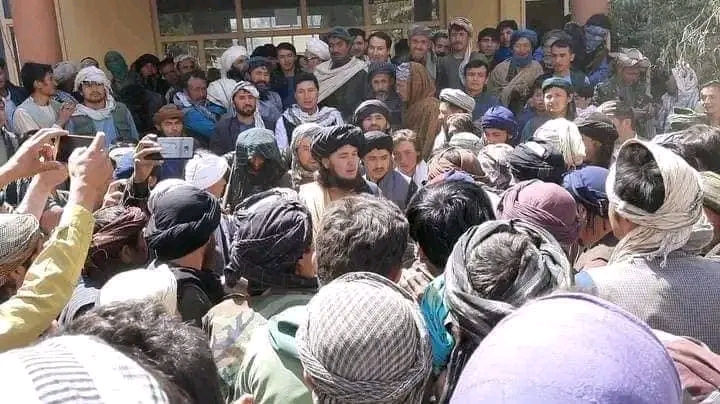 The Taliban has gathered its forces from Samangan, Balkh, Ghor and Bamiyan provinces to arrest Mawlawi Mehdi, the only Taliban commander from the Hazara ethnic group who has recently left Taliban ranks.

Sources say Taliban commanders and fighters affiliated with the Uzbek community in Jawzjan and Faryab provinces have refused to take part in the fight against Mawlawi Mehdi.

Mawlawi Mehdi Mujahid ousted the Taliban-appointed district governor and captured the Balkhab district of Sar-e-Pul province after his relationship broke down with Taliban leadership in Kabul.

Mawlawi Ataullah, the Taliban-appointed district governor fled Balkhab, and Mawlawi Mehdi replaced him with one of his own associates.

Sources told Hasht-e Subh that the Taliban has assembled an estimated 500 fighters from Dara-e-Sufi Bala district in Samangan and Yakawlang district in Bamiyan. These forces are on the move to launch an operation in Balkhab district, Sar-e-Pul province.

According to sources, Taliban forces are preparing to attack Balkhab district from two directions. The first column will attack Mawlawi Mehdi from the capital city of Sar-e-Pul province and the second flank will approach Balkhab from the Dar-e-Suf Bala district in Samangan.

In the meantime, armed forces under the command of Mawlawi Mehdi have reportedly been braced themselves up for a long battle.

According to the source, the Taliban had asked its commanders from the Uzbek community in Jawzjan and Faryab provinces to provide at least 200 fighters for Balkhab battle, but they refused.