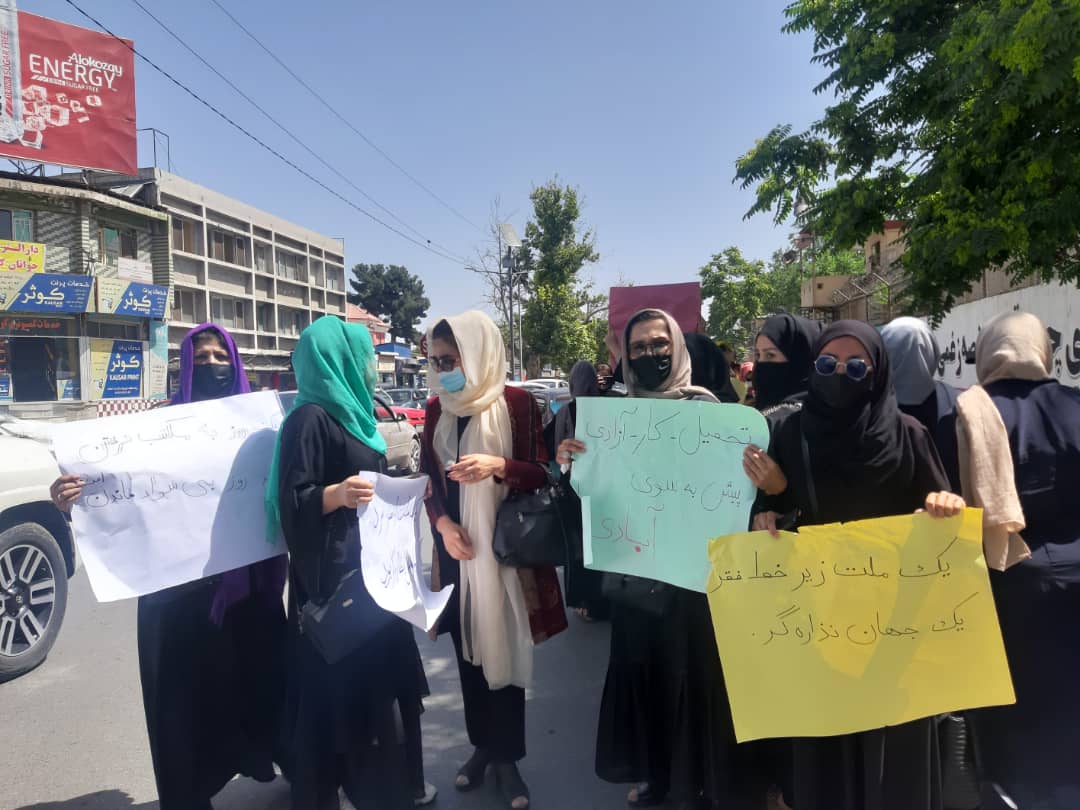 This is not the first time that the Taliban suppresses women’s protests. Taliban’s ideology and school of thought are against any value that leads toward a civilized society.

Once again, a number of women poured onto the streets of Kabul to protest against the closure of girls’ schools in the country. Unfortunately, the march was violently stopped by the Taliban fighters.

On Sunday, May 29, 2022, the protesting women held a protest rally over the growing rate of poverty, unemployment crisis, and the closure of girls’ schools in the 2nd district of Kabul.

According to protestors, instead of thinking about solving the problems of the people and finding a solution to poverty and unemployment, the Taliban senior members use all their power and energies to restrict women and interfere in the most private affairs of the citizens.

Unfortunately, the Taliban rebels suppressed the protest and forced the women to return back home.

The protesters have called on the world to pressurize the Taliban so that they may recognize women’s rights and work hard in order to reduce poverty and unemployment in the country.