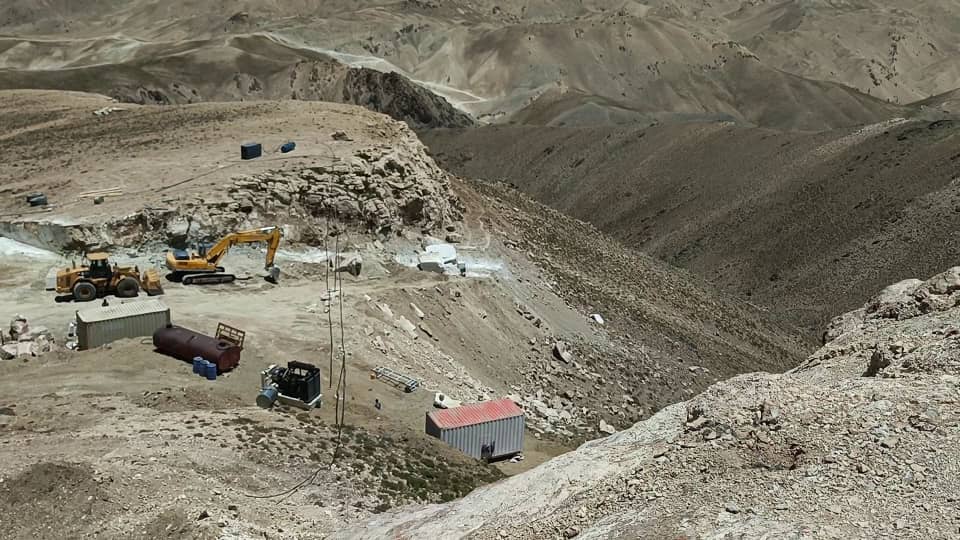 According to sources, the members of the Taliban Mining Directorate in Ghazni province have started the work of extracting marble in Koraleh area of Nawur district of the province.

The sources further added that the Taliban entrusted this mine to a domestic company without considering the procurement law and without bidding, and the contract detail has not yet been reported.

The marble mine in Nawur district is located in a place where the Taliban has allocated a large part of the Ghazni’s residential lands for the construction of a settlement for the purpose of relocating their families.

Local residents had previously reported on the possible intentions of the Taliban in this area which had caused a sharp reaction from the people and it was said that the Taliban group was targeting the marble mine with this action. The warning turned into reality and the Taliban started the extraction of mines in this district.

Given the fact that the Taliban has been a terrorist group and the current ruling strategy of the group has made interaction with the world very difficult. No country is ready to directly interact with the Taliban and all the funds are being spent via I-NGO and the Taliban group is being bypassed by the international community.

To survive, the group has no other option but to rely on illegal and irresponsible extraction of the underground resources as they used to do when they were fighting against the Kabul Administration. One of the major sources of finance for their fights during the last 20 years was mines under their control.

The illegitimate rulers have no other source of income and lack the capacity to develop alternative strategies that would pave the way for their recognition and formation of an inclusive government, which seems to remain a never achieving goal for a terrorist group that has seized power by the help of weapon and rules the country on the bases of vague religious arguments by a single ethnic member.