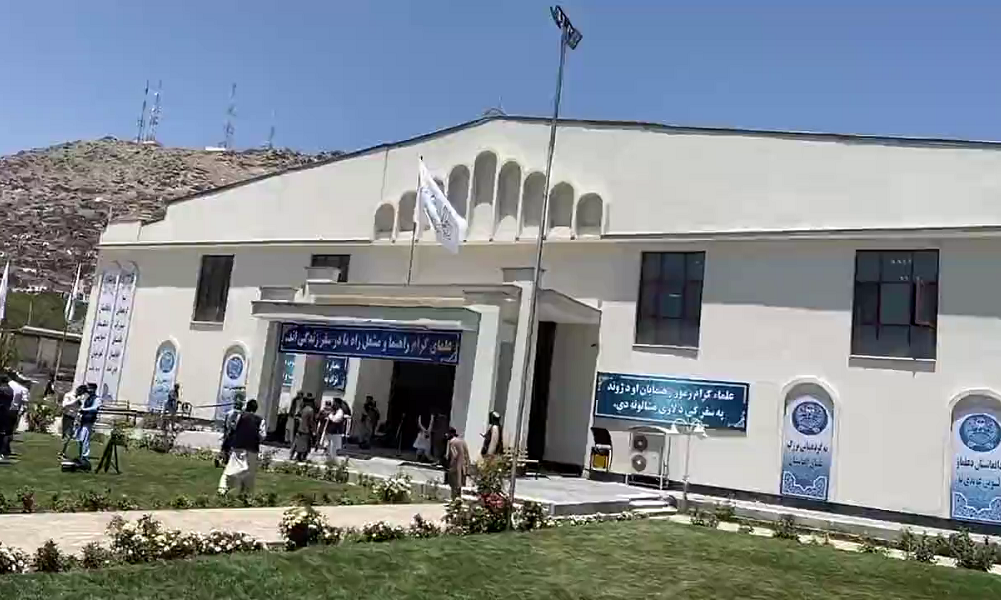 Almost 3,000 men with very limited knowledge about today’s ground realities from across Afghanistan are going to discuss and provide consultation on modern governance to the Taliban in Loya Jirga Hall for three days starting today Thursday.

According to Taliban members, this grand assembly will be for three days and brings together almost 3,000 mainly religious scholars from all 34 provinces of the country.

The participants, which include two religious scholars and one elder representative from each district, are expected to provide consultation to the current illegitimate caretaker government of the Taliban on approaches and ways to resolve the current governance challenges, sources say.

However, this gathering has faced a wave of internal and external criticism due to the absence of women representative.

Heather Barr, former senior Afghanistan researcher at Human Rights Watch, in response to the absence of women in this grand assembly, tweeted: “The women are our mothers, sisters, we respect them a lot, and when their sons are in the gathering it means they are also involved, in a way, in the gathering.”

She has further added in her tweet that 3,000 men who are primarily Mullahs from the remote areas of the country with very limited knowledge about today’s ground developments and realities are going to discuss the future of a country and provide consultation to an illegitimate group on women’s matters under a tent behind the closed doors without a single representative from women.

Abdul Salam Hanafi, acting deputy prime minister of the Taliban yesterday, in response to a question about the presence of women in this assembly, said that men will be present in this gathering instead of their mothers and sisters.

Women form more than 50 percent of the country’s population, but they have been paying the price of regime change with deprivation from their basic right of access to education, access to civil service, and work.

Since the Taliban seized power in August last year, the group has been investing all its resources to fight against women and human rights in the country.