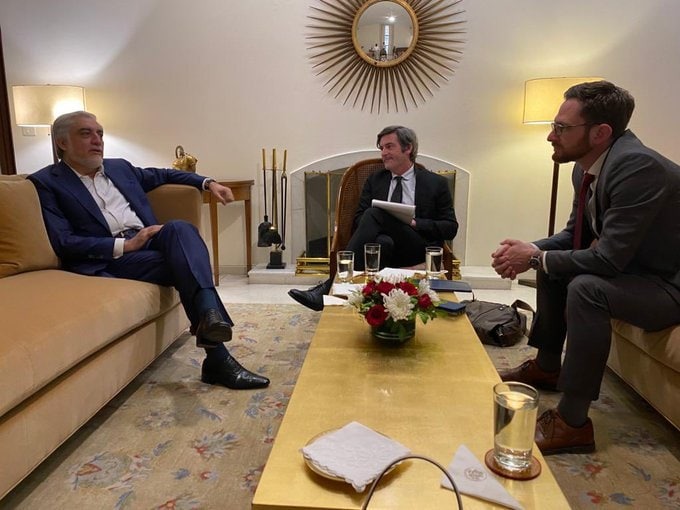 The US Special Representative for Afghanistan, Thomas West, has met with Dr. Abdullah Abdullah, the former Chairman of the High Peace Council for National Reconciliation in India. In the meeting, both sides discussed Afghanistan’s political and security situations; specifically, the threats of terrorism.

In a tweet, Mr. West has pointed out that he has talked about the vital issues of Afghanistan with Dr. Abdullah, including Afghanistan’s relations with the international community, the threats of terrorism, human rights violations, the fundamental role of women’s rights in society, and the humanitarian situation in the country.

Mr. West has further said that he would continue his meetings with other Afghan leaders in the future.

Moreover, Thomas West met and talked with some high-ranking Indian officials regarding Afghanistan’s situation either.