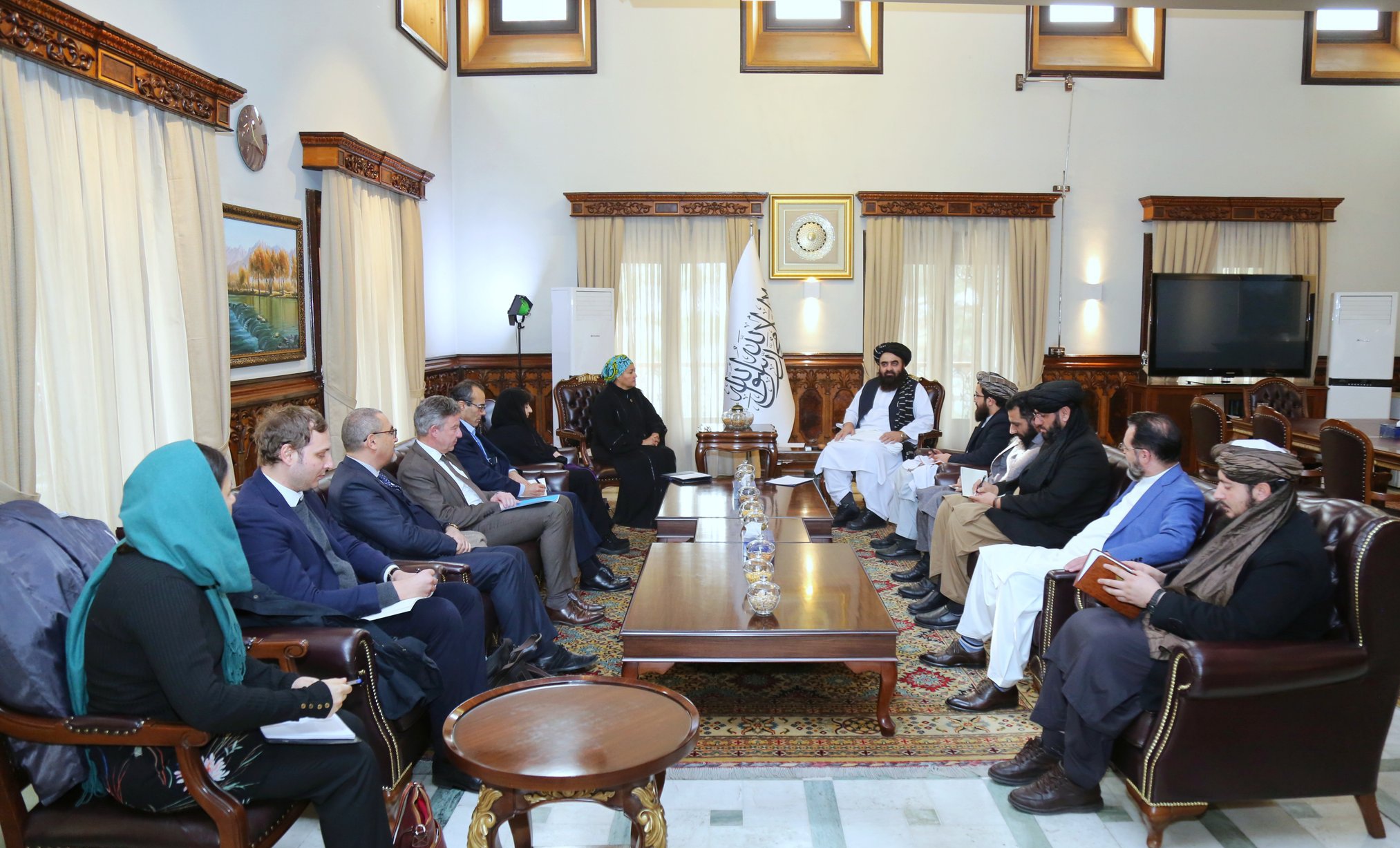 Top UN Delegation’s Visit to Kabul: What Happens in Afghanistan Is Wakeup Call for International Community

The United Nations has announced the end of the four-day visit of its top delegation to Afghanistan in a press release issued to correspondents on Friday.

Deputy Secretary-General, Amina Mohammed, the Executive Director of UN Women, Sima Bahous, and the Assistant Secretary-General for UN political, peacebuilding and peace operations, Khaled Khiari, spend four days on a fact-finding mission in Afghanistan, to engage with Taliban leaders, and “underscore UN solidarity with the Afghan people”, according to a statement issued by UN on Friday.

“What is happening in Afghanistan is a grave women’s rights crisis and a wakeup call for the international community,” said UN Women’s top executive Ms. Bahous.

The UN delegation has conveyed a direct message to Afghanistan’s Taliban leadership calling on them to put the good of the country first and end recent policies toward women and girls that have confined them in their own homes, and violated their basic human rights.

“My message was very clear”, said the UN deputy chief, Amina Mohammad. “While we recognize the important exemptions made, these restrictions present Afghan women and girls with a future that confines them in their own homes, violating their rights and depriving the communities of their services”.

“Our collective ambition is for a prosperous Afghanistan that is at peace with itself and its neighbors, and on a path to sustainable development. But right now, Afghanistan is isolating itself, in the midst of a terrible humanitarian crisis and one of the most vulnerable nations on earth to climate change,” she added. “We must do everything we can to bridge this gap,” Mohammad added.

The United Nations called for pressure on the Taliban, intensifying efforts to reflect the urgency of the Afghan women’s crisis and a united world response against the Taliban and emphasized that it has agreed to hold an international conference on women and girls in the Islamic world.