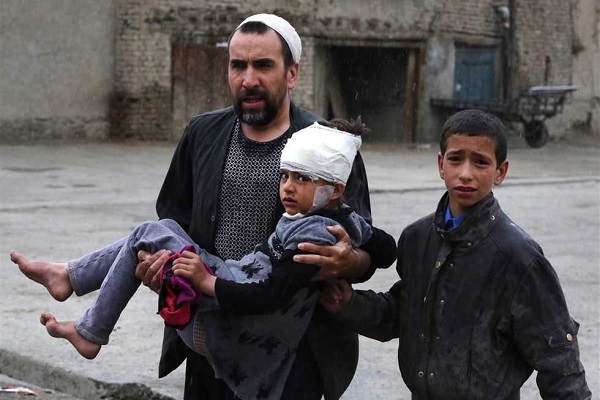 UNICEF Expresses Concerns Over the Violence Against Children in Afghanistan

The United Nations Children’s Fund (UNICEF) Representative for Afghanistan, Dr. Mohamed Ag Ayoya, has stated that 16 children have been killed during the course of the past two days in Kabul and Balkh provinces.

In a series of tweets, Mohamed Ag Ayoya has voiced deep concerns over the deaths of children in Kabul and Balkh, saying that violence against children in Afghanistan must end and never acceptable under any circumstances.

“In the last two days, 16 children have been killed because of mine explosions in Kabul and Mazar-e-Sharif and another child in Urozgan province,” he added.

Mr. Mohamed has expressed his condolences to the families of victims, adding that children must always be protected.

Mr. Mohamed has made the remarks as a number of women and children have been killed and injured in a series of attacks in Mazar-e-Sharif and a mosque in Kabul.