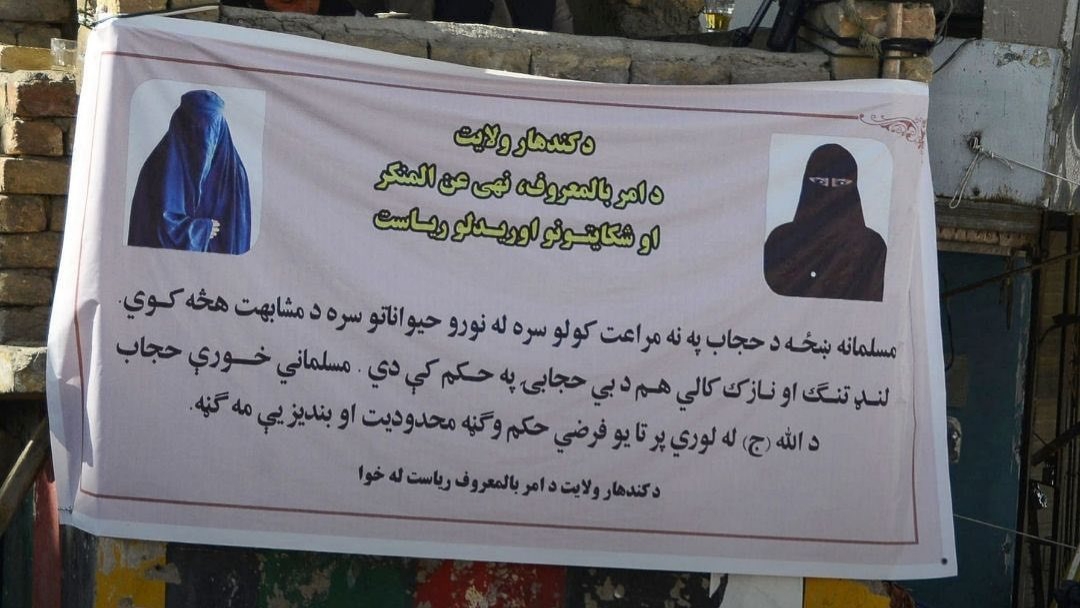 The Taliban’s Administration for Promoting Virtue has installed advertising posters in most parts of Kandahar depicting women without a ‘head-to-toe cover’ as animals.

The posters read: “A Muslim woman who does not wear the Islamic hijab pretends to be an animal.”

In these posters, it is explained that short and tight clothes are also considered un-Islamic, adding that disobeying God’s order is a sin.

Earlier, the Taliban leadership had ordered women to cover their bodies and faces completely, except for their eyes, and to use the burqa, which completely covers their faces.

Taliban officials had warned that women’s male guardians would be persecuted and punished if women disobey the order.

The Taliban have so far imposed severe restrictions on women, preventing them from working, traveling, educating and socializing.