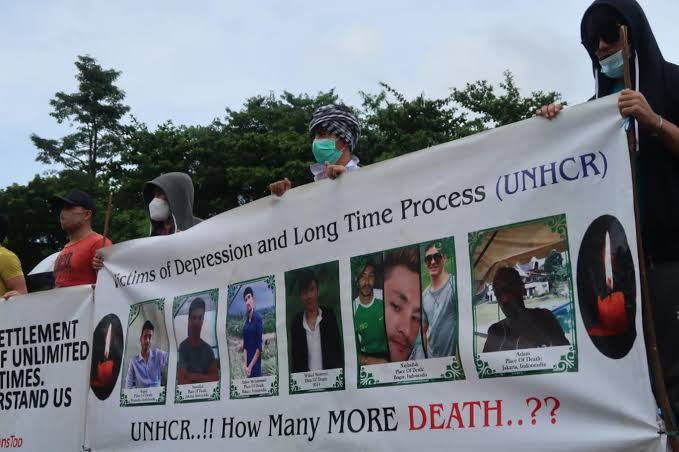 On the occasion of the World Refugee Day that coincides today (Monday, June 30, 2022), a number of Afghan refugees in Indonesia have once again protested, demanding their resettlement in their desired countries accepting refugees.

The asylum seekers said that they had to be relocated to another country, accepting the immigrant long ago, but they have been kept in limbo for more than a decade.

This comes while the protestors are in uncertainty and there have been several suicide cases recorded that the asylum seekers in limbo have committed due to depression and uncertain fate.

“We are in uncertainty and something must be done for our resettlement,” said one asylum seeker.

Meanwhile, Afghan refugees have been facing many challenges in Indonesia for the past ten years and are living in uncertainty.