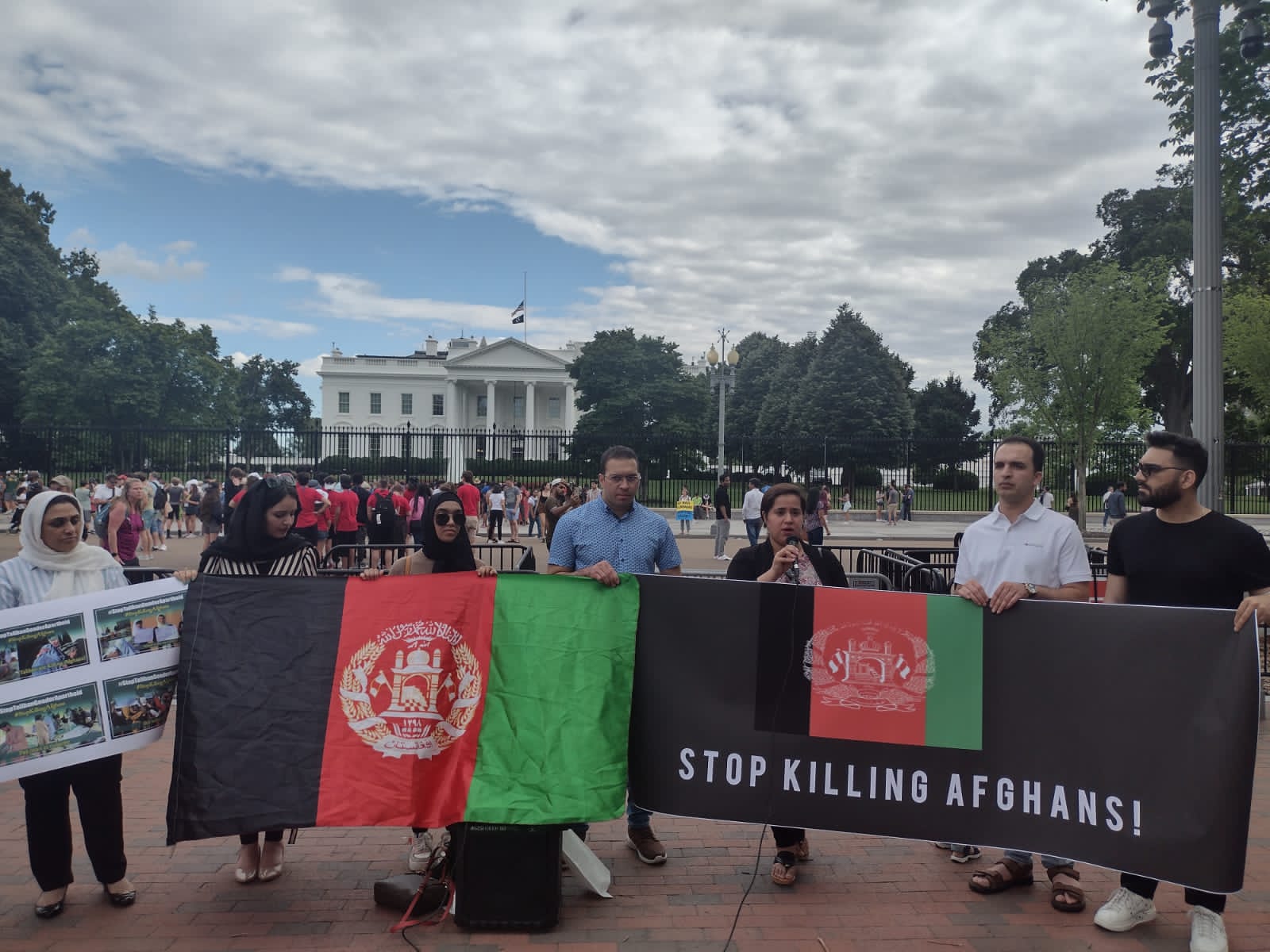 Afghan Protestors Gather in Front of White House in Washington

On Saturday, May 28, 2022, a number of Afghans living in the United States rallied and protested in front of the White House to raise concerns against human rights violations, women’s rights, and the targeted killings of people in Afghanistan.

According to the protestors, after the Taliban regained power in August 2021, the people of Afghanistan faced a very dire situation and the continuation of this situation is out of tolerance and may result in human catastrophes.

In addition, the protesters have voiced deep concerns over the “brutal killings of people” and the Taliban’s atrocities against former military soldiers and added that the behavior is a “widespread human rights violation” by the Taliban regime.

Moreover, the protestors issued a resolution note, stressing that the Taliban haven’t changed yet in terms of thoughts and they have called on the international community to stop and suspend all the interactions with the Taliban and impose “severe sanctions” on Taliban senior members.