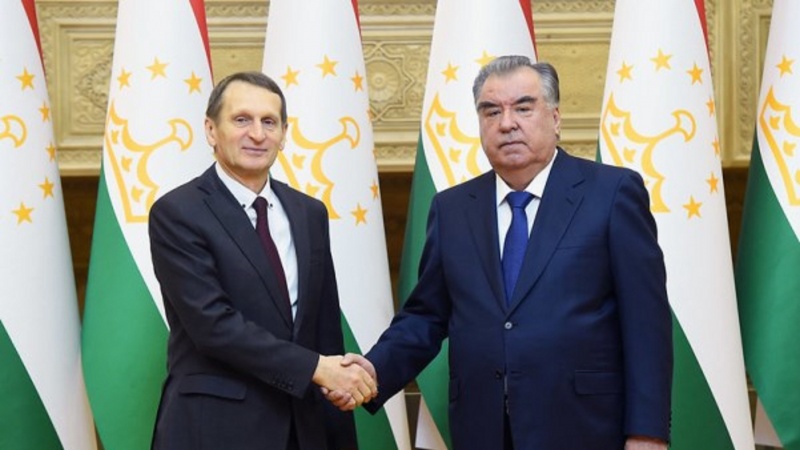 Khovar news channel of Tajikistan has reported that Imam Ali Rahman met with Sergey on Tuesday, November 23, and discussed the importance of further strengthening cooperation in the joint fight against terrorism, extremism and transnational organized crimes, including drug and arms trafficking, and cybercrimes, and other national threats.

In the statement of the President of Tajikistan, it is stated that in this meeting, “Afghanistan was in the center of attention and agenda of talks” and the parties emphasized on expanding cooperation for the joint fight against terrorism in the region.

Sergey told reporters: “We discussed a wide range of bilateral cooperation between Russia and Tajikistan and cooperation regarding the situation in Afghanistan and its surroundings.”

The statement also stated that the parties discussed more coordination to deal with existing threats, including those related to the spread of religious radicalism.

Russia and Tajikistan have agreed to hold a joint military exercise next year across the border lines of Afghanistan in the framework of the Collective Security Treaty Organization to prevent terrorist threats.