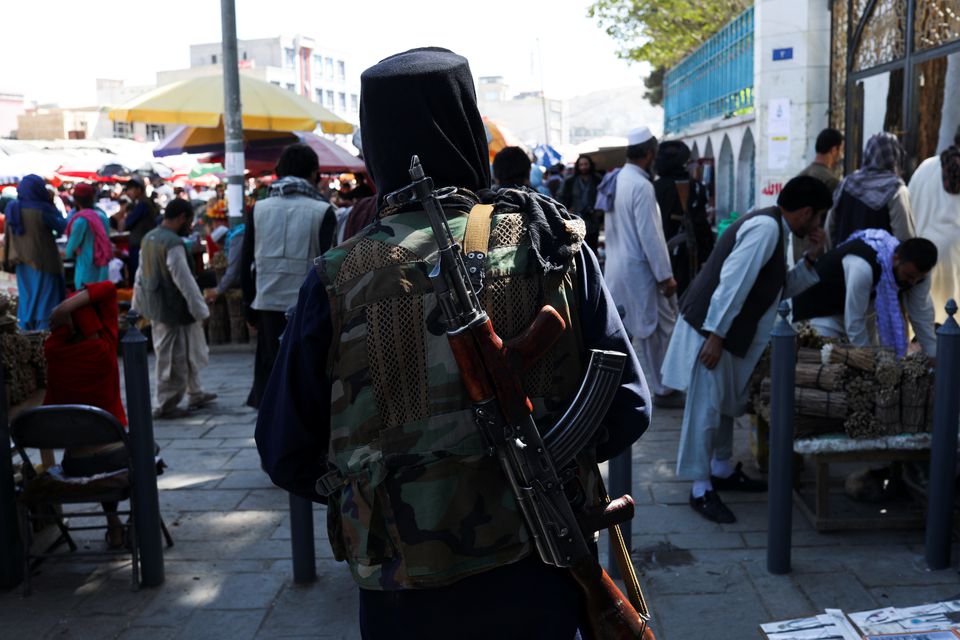 The deadly attack on the Kaaj Educational Training Center in the Dasht-e Barchi area in the west of Kabul, which killed more than 50 people and wounded 110 others, caused widespread protests inside and outside the country. Incited female students and female protesters started a march a day after this attack. These protests were suppressed by the Taliban in Kabul, Balkh, and Herat provinces, and several female protesters were arrested and released on bail. In the latest case, the Taliban threatened a number of female students in the dormitory of the Kabul University on the charge of “Inciting girls to march” and expelled seven of them from this dormitory.

Talking to the Hasht-e Subh Daily, the sources confirm that the Taliban expelled seven female students from the dormitory of the Kabul University on Sunday night, October 9, on the charge of “Planning protests and participating in the recent marches.”

Sources tell to the Hasht-e Subh Daily that the situation of the Hazara students in this dormitory is not suitable and they are treated inappropriately and violently. A reliable source says: “The situation for the Hazara girls is not good. Violence and inappropriate behavior have increased. Those who were poisoned were not treated. Doctors have been told that those who have been poisoned should not be properly treated, and should be kept untreated.” This source explains: “The officials of the dormitory have scared the girls from ISIS. They have been told to leave here, and ISIS has threatened them, and try to find a place for yourselves as soon as possible. Now, the students are looking for a room outside the dormitory.” According to this source, they use ISIS as a pretext, the Taliban want to make the dormitory of Kabul University “empty” of the Hazara girls and prevent the spread of protests in the Kabul University.

According to the narration of this source, the Hazara girls in the dormitory of Kabul University are facing the inappropriate behavior of the authorities. The Taliban check a number the students’ phone numbers, strict restrictions are imposed on them and they are all intimidated. The girls feel extremely insecure due to the interrogation and violent behavior of the dormitory officials.

However, another source confirmed to the Hasht-e Subh Daily that more than 20 female students who are Hazaras are on the expulsion list from the university and the dormitory of Kabul University. According to this source, the Taliban recognize these Hazara students as the “Instigators and perpetrators of the demonstrations” and expel and separate them from the dormitory and the Kabul University. This source adds that on Sunday, October 9, Seven of them were expelled and the decision on the rest will be clarified in the coming days.

Meanwhile, the Taliban has expelled seven female students from the dormitory of Kabul University. Earlier, the female students at the Kabul University wanted to hold a protest march in connection with the suicide attack on the Kaj Educational Training Center. But these girls were poisoned by eating food at night and their march was prevented. At that time, a number of girls told the Hasht-e Subh Daily that 90% of them were poisoned after eating the night meal and most of them were taken to hospitals for recovery.

After that, female students in Herat and Balkh universities protested and marched in the streets in connection with the suicide attack on the Kaj Educational Training Center. These girls were severely suppressed by the Taliban and some of them were arrested. They were released hours after their arrest with bail provided by their families.

Following the reactions to the suicide attack on the Kaj Educational Training Center in the west of Kabul, the “#StopHazaraGenocide” campaign was launched on social networks, which has been shared about 9 million times on Twitter by domestic and international users and some human rights organizations. These users demand the recognition of the “Genocide of the Hazaras in Afghanistan”. In more than 100 cities in different countries of the world, they described the attack on the Hazaras as “genocide” and demanded an investigation by international institutions on this matter.

In the continuation of these protests, a number of international organizations, influential political figures, and domestic and foreign cultural and artistic figures have participated in this campaign and demanded the recognition of the “Hazara Genocide”. According to them, this action can be a consolation for the survivors of the suicide attack victims who were killed simply for “being a Hazara”.

Meanwhile, the Kaaj Educational Training Center in the Hazara area of the ​​”Dasht-e Barchi” area in the west of Kabul city was targeted by a suicide attack on Friday, September 30. The attack took place when hundreds of students gathered at this educational center to take part in the mock exam to prepare for the National Entrance Examinations. Sources have confirmed to the Hasht-e Subh Daily that 57 people were killed and more than 110 others were injured in this inhumane incident. Most of the victims of this event are female and Hazara students. The Kaj Educational Training Center was formerly operating under the name “Mauood Educational Center” which was attacked by a bloody suicide attack in 2017. This suicide attack caused widespread national and international reactions too.