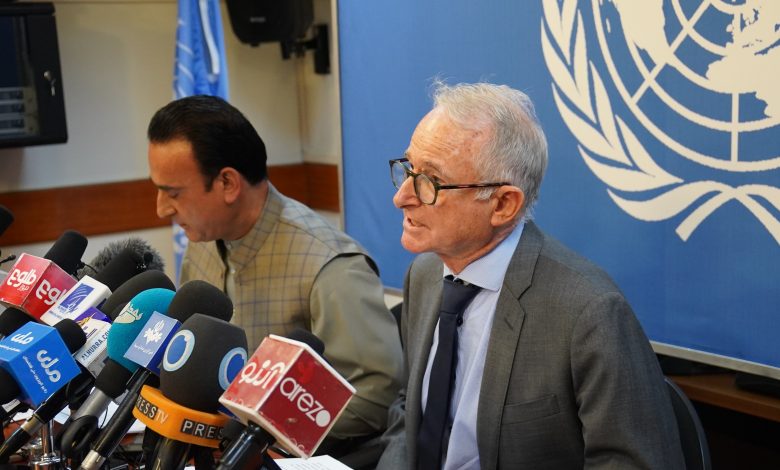 Richard Bennett: The Latest Attacks in Kabul and Mazar-e-Sharif to Be Investigated Independently

The UN Special Rapporteur on the situation of human rights in Afghanistan, Richard Bennett, has said that the recent attacks in Kabul and Mazar-e-Sharif must be fully and independently investigated.

In a tweet, Mr. Bennett has raised concerns over the continuing terrorist attacks in Afghanistan, saying that at least 16 children were killed in recent attacks in Kabul and Mazar-e-Sharif.

“We are concerned about the continuation of terrorist attacks against innocent civilians,” Mr. Bennett added.

He further says that he needs a thorough, independent, and well-informed investigation of the recent and other attacks.

In addition, he has said that Afghanistan is facing serious human rights challenges, which the Taliban failed to address them.

Eleven days ago, Mr. Bennett traveled to Afghanistan to investigate the human rights situation in the country and his 11-day mission ended on Thursday, May 26, 2022.