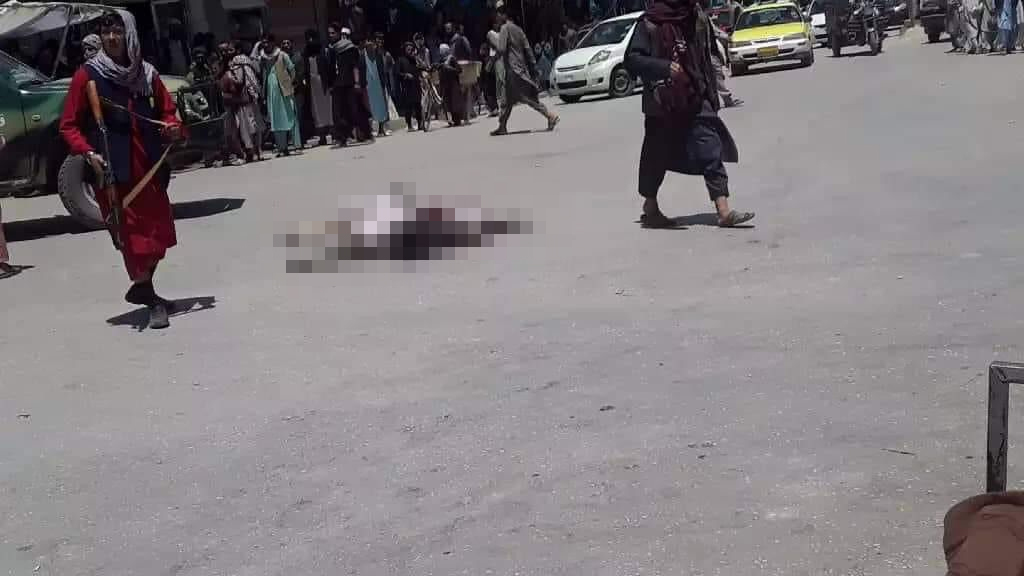 Samangan: Taliban Display Bodies of Those Killed During Infighting As ISKP Members

Sources say that Taliban forces in Samangan province have displayed the bodies of two of their people who were killed during an internal conflict, in the name of ISKP members.

Local sources in Aybak, the capital city of Samangan province, said that Taliban forces fought each other today (Tuesday, July 19th) in the Karta-e Mujahid neighborhood. In this conflict, 4 Taliban members have been killed and 6 others were wounded.

Local sources told Hasht-e Subh that Taliban members from the Pashtun community of Kunduz province were planning to enter the house of a Taliban member of Tajik ethnicity in Samangan province. After the owner of the house objected, a fight broke out.

As a result of this conflict, 2 members of the Taliban from the Pashtuns of Kunduz province were killed and 6 others were injured. On the other hand, 2 Taliban members affiliated with the Tajik community were killed.

Sources say that Pashtun Taliban displayed the corpses of Tajik Taliban in the name of ISKP members at the intersection of Aybak city and tried to hide their internal differences.

The Taliban have not yet said anything about these claims. Internal conflicts between Taliban forces always take place in parts the country.