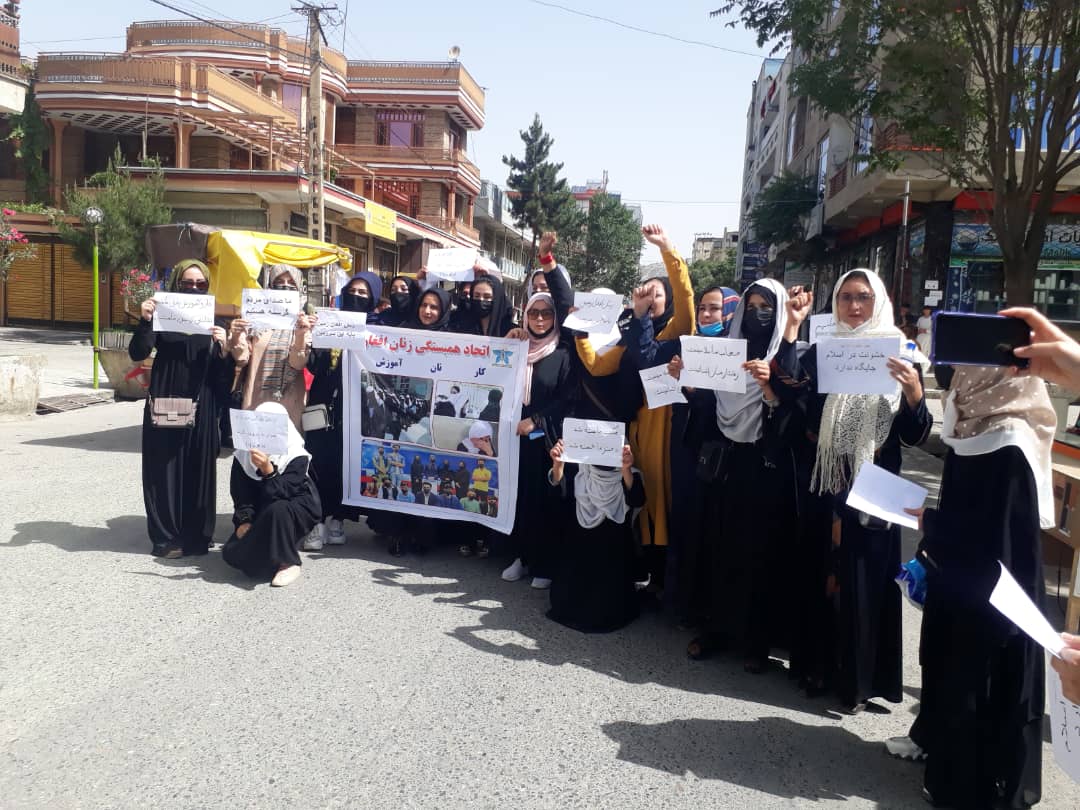 A dozen of women launched a demonstration against the closure of education doors to girls and obstructing the right to work for women in Kabul, Afghanistan.

According to sources, while women protestors were chanting the slogans, the Taliban fighters scattered the march by shooting.

Women protesters have stated that after the shooting, the protestors scattered and left the demonstration spot.

This is not the first time the Taliban responded to such movements violently. They have always reacted the same against such movements using weapons and force.

It has been more than 200 days since the Taliban banned female students above the sixth grade from attending back secondary school.