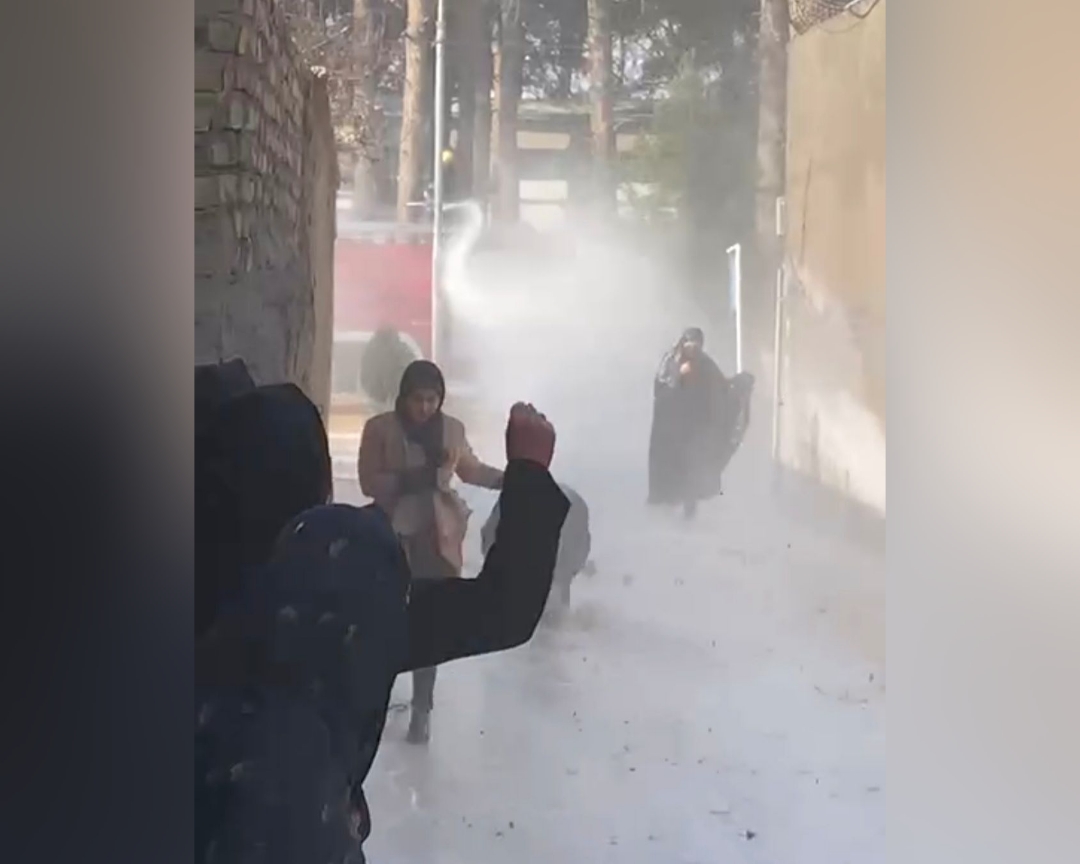 Several dozens of female protesters took to the streets in Herat on Saturday morning (December 24th) to protest against the Taliban’s regressive order, and their protest was immediately dispersed by the Taliban.

Despite being violently suppressed by the Taliban, protesters in Herat still continue to chant slogans, and the Taliban frequently used water cannons for dispersing crowds and limiting access to certain areas, sources indicated.

Protestors consider the Taliban’s order to ban university education for girls against Islamic principles, calling on the Taliban to “respect the holy book and do not deny women’s rights of access to education.”

The Taliban’s decision to ban university education for women has led to widespread objections at the national and international arenas.